Russia turns Crimea
into a military base

The Russian Federation has turned the Autonomous Republic of Crimea into a very powerful military base. Since 2014 they have increased the operational inventory of surface ships and submarines of the Black Sea Fleet by 45%

Ukraine’s Autonomous Republic of Crimea is illegally occupied by Russia. That’s an area the size of several European countries

WHAT PEOPLE THINK ABOUT ILLEGAL ANNEXATION

Ships of the Russian Navy, which guarded the offshore zone in the area of the Sochi Olympic Games, took on board in Novorossiysk city military hardware and units of Russian servicemen, which were used to seize administration buildings and to block Ukrainian military units in Crimea 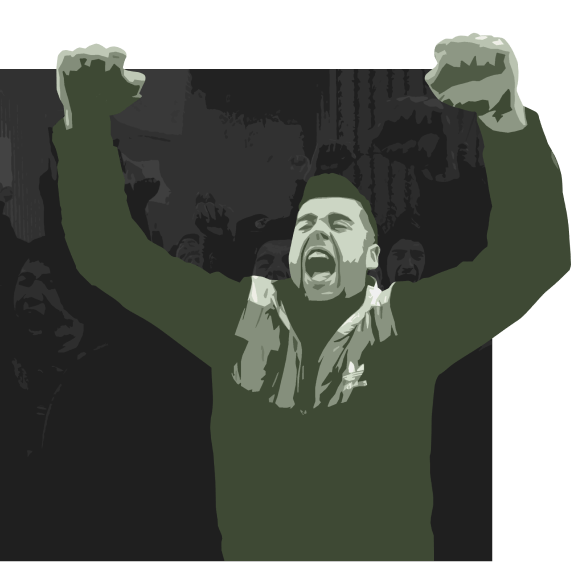 Two rallies under the Verkhovna Rada (Parliament) of the Autonomous Republic of Crimea (ARC) took place. One of them was held by pro-Russian organizations demanding the autonomy of Crimea within Russia (approximately 2 thousand people); another one, which was attended by about 12-15 thousand people, mainly Crimean Tatars and ethnic Ukrainians, was convened in support of the territorial integrity of Ukraine 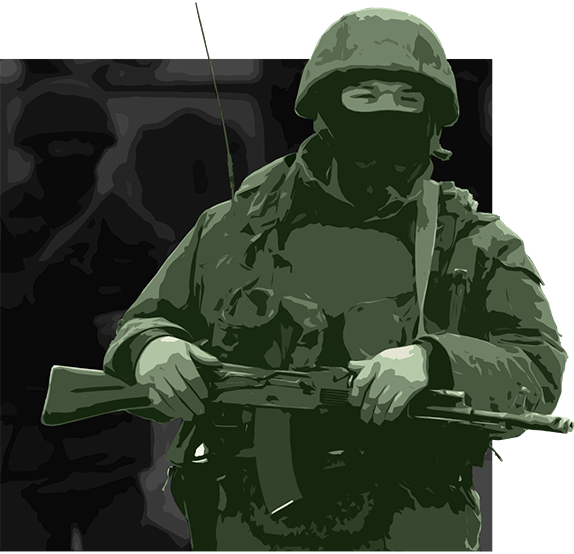 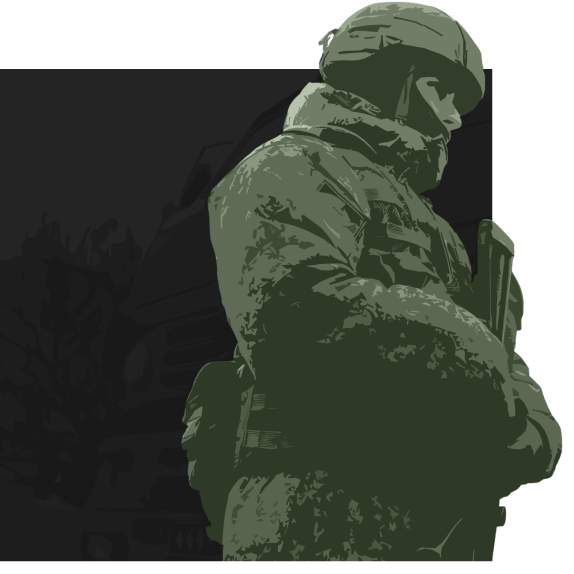 At gunpoint of Russian servicemen from the 31st Air Assault Brigade of the Armed Forces of the Russian Federation, the Verkhovna Rada of the ARC «voted» for the so-called «referendum on the status of Crimea» and appointed a representative of the party «Russian Unity» Sergei Aksyonov as a Head of the Government of Crimea 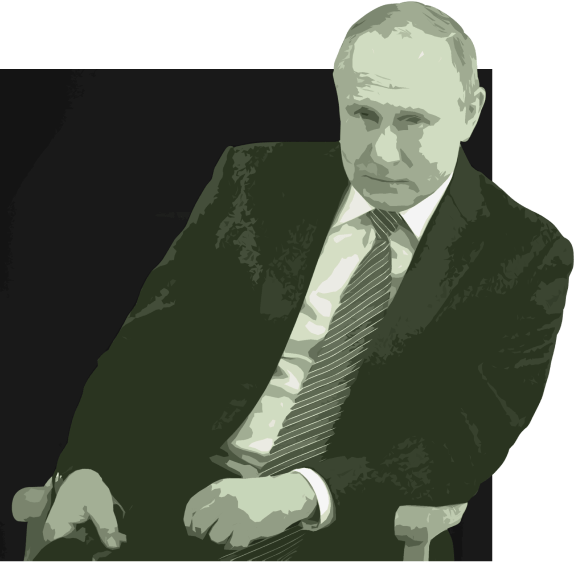 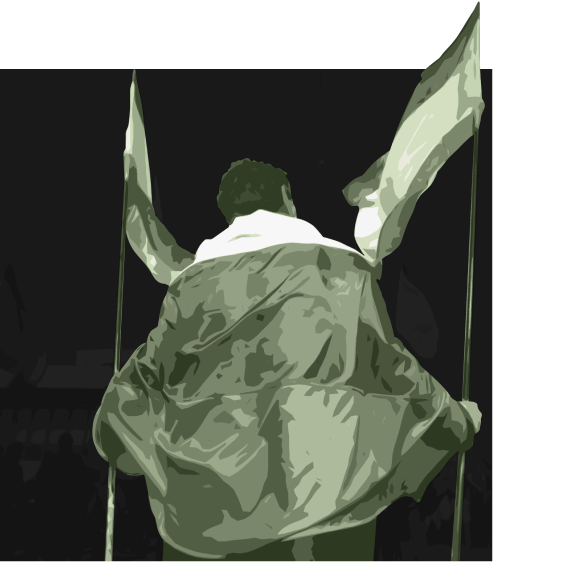 The so-called «referendum on the status of Crimea» was held, which contradicted the Constitution of Ukraine and fundamental norms of international law and was not recognized by the international community. Pro-Ukrainian population of the peninsula completely boycotted this Russia-orchestrated event 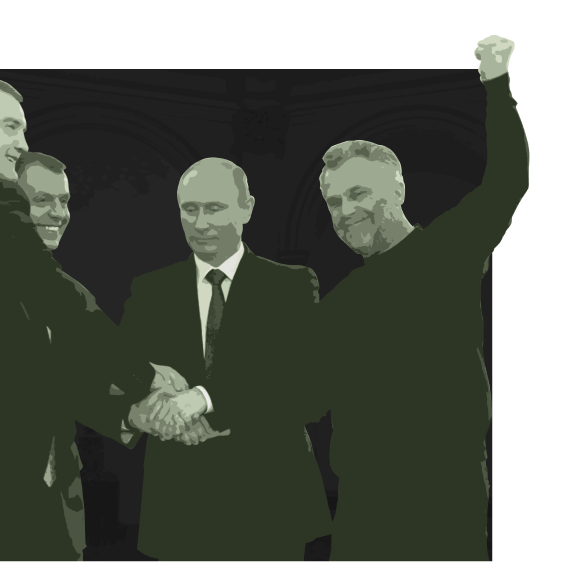 In Moscow, Russian President Vladimir Putin and «new government» signed the so-called «Agreement on the Admission of the Republic of Crimea to Russia».

As of 2014 along with the buildup of ground and aerospace elements, Russia poses a threat by deploying nuclear delivery vehicles, including Iskander missile systems and Kalibr-type sea-based cruise missiles with a range that may exceed the limits defined by the treaty to eliminate intermediate-range and shorter-range missiles.

Since 2014 many families left their homes. Crimean Tatars moved to neigbour Kherson region to avoid serving in the Russian Federation army. Pastors, imams, priests and representative of Ukrainian national-cultural associations left the peninsula after reportedly being told by FSB officers that they could "disappear"

Grandmother and grandson. The
story of family separation... 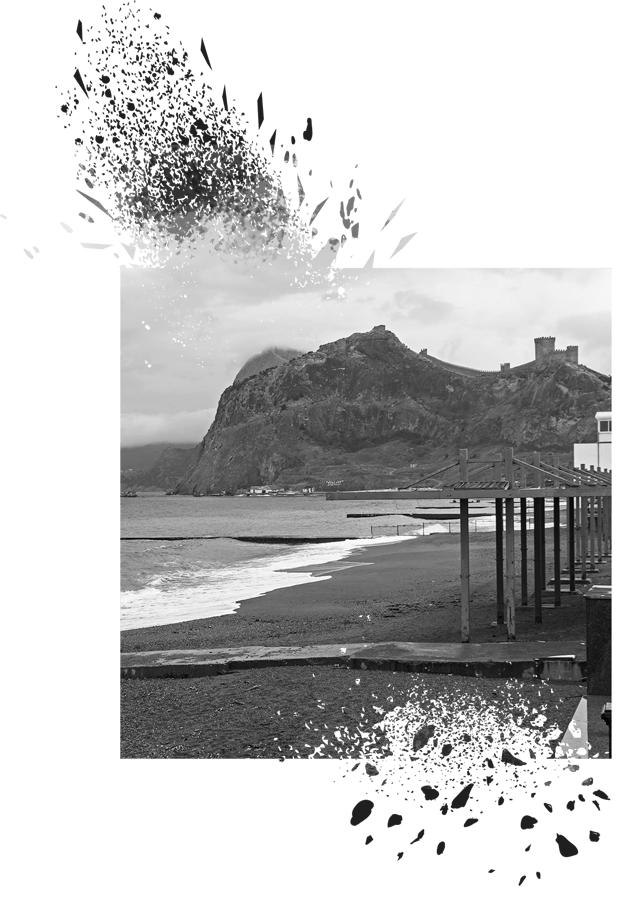 A family was forced to leave their homes after Crimea occupation

Relatives can not visit each other for years

The Platform aims to increase the effectiveness of international response to the ongoing occupation of Crimea and mounting security threats, respond to growing security threats, increase international pressure on the Kremlin, prevent further human rights violations and protect victims of the occupation regime, and achieve the main goal – de-occupation of Crimea and its peaceful return to Ukraine

Situation of human rights in the Autonomous Republic of Crimea and the city of Sevastopol, Ukraine. The report is submitted pursuant to General Assembly resolution 75/192, in which the Assembly requested the Secretary-General to report to it at its seventysixth session on the progress made in the implementation of that resolution, including options and recommendations to improve its implementation.

Ministry of Foreign Affairs of Ukraine

10 facts you should know about Russian military aggression against Ukraine

The report about violations of the rights to freedom of expression, assembly and association in Crimea

News about Crimea, assistance for people from Crimea peninsula and eastern regions of Ukraine